Once again, Bitcoin miner revenue has seen a new high for 2020.

Lightning Labs has released a Lightning pool to exchange liquidity on the Bitcoin Lightning Network, and we have launched our Conflux mining pool.

Last week, Bitcoin mining revenue hit a new high for this year, with nearly $21M paid to miners in a single day. 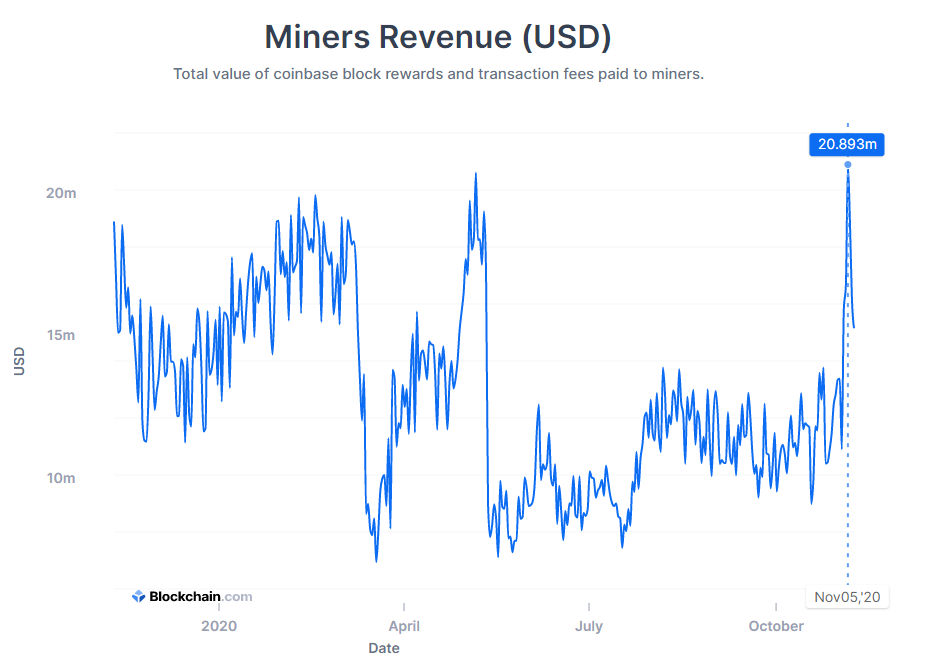 A non-custodial Lightning pool was just launched this week by the Lightning Labs team.

This new solution will open up the possibility of earning yields on bitcoin by selling liquidity on Lightning.

Tethys, the Conflux network mainnet, launched on October 29. We have officially announced our service for pool mining CFX.

The top 50 miners by daily average hashrate from November 5-30 will be offered 30% off on Conflux mining fees in December!

On November 7, the Grin network suffered a 51% attack, causing at least one forked block. As of today, the same group could be in control of 58% of the network hashrate.

As a result of this move, a hard fork between ABC and BCH is scheduled for November 15.

A bug was found in the Ethash library, resulting in the network rejecting valid blocks. A patched version of the CoreGeth client containing a fix for this bug has been released.