Bitcoin has experienced a slight drop in difficulty with little effect on revenue, while hashrate on the Ethereum network has hit a new all-time high. Other coins have seen minor upgrades (Ethereum Classic, Monero) and a block reward reduction (Conflux).

Today, December 14, the latest difficulty adjustment took place, with a slight decrease of 2.5% compared to the last adjustment. 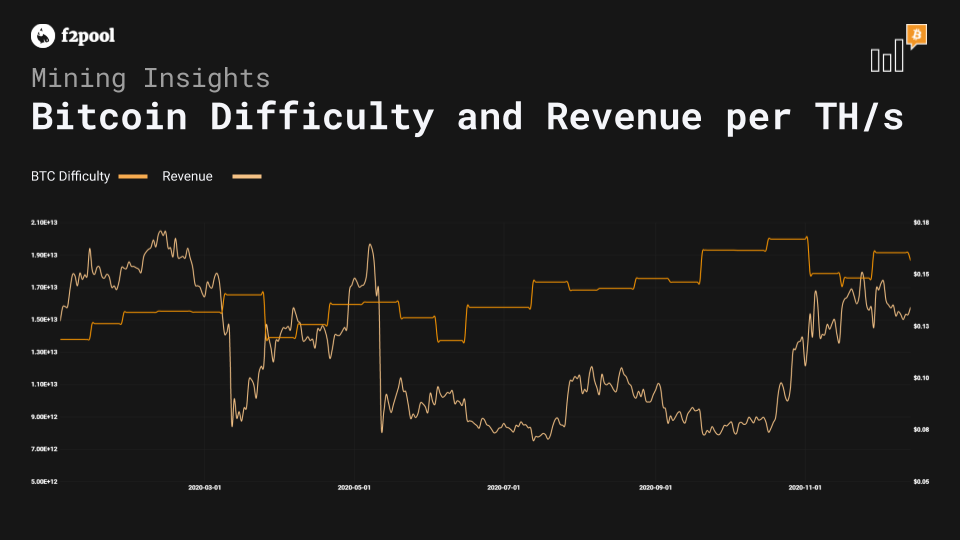 Test your knowledge of Bitcoin and The Lightning Network on Kahoot:

As the Ethereum price continues to surge, other indicators signal that more miners are joining the network, taking hashrate to a new all-time high, together with an increase in mining difficulty.

As we reported last week, the appetite for mining Etherum is yet to be satisfied for many, and despite uncertainties about the future, the potential revenue that can be extracted from the network remains high.

How does the launch of #eth2 affect the mining landscape for @ethereum miners? ⛏️

The short answer: Not much! There are still plenty of mining rewards left to be earned, and there will be for the foreseeable future.

Find out more in our latest blog post: https://t.co/zkO1aGYDje

Version 1.9.25 of Geth was released on December 11. Among other updates, this maintenance release adds a new subcommand to display known security issues.

The Teku development team released v20.12.0 of its Eth2 client on December 7. It offers improved support for Nethermind and OpenEthereum when historic blocks are not fully available.

IOHK released Mantis v3.2.1 on December 9, 2020. This release includes prototype versions of treasury and check-pointing features for the ETC network.

Monero v0.17.1.6, a minor point release of the Monero software, has been released. This is a recommended release that contains P2P network layer improvements.

The Major Grants Review Committee (MGRC) has changed its name and is now known as Zcash Open Major Grants (ZOMG).

Horizen has announced the beta release of its sidechain platform Zendoo.

The fourth network upgrade is expected to happen in mid-January 2021. Compatible versions of grin node and grin-wallet will be versioned 5.0.0 or greater. grin-miner will be unaffected. The first releases are scheduled for December. Transaction fee calculation, difficulty adjustment algorithm, and many other targeted changes are expected to be addressed by this hard fork.