Despite the Bitcoin and Ethereum networks reaching new all-time highest difficulty levels, mining remains profitable, with even long-unprofitable second-hand machines being switched back on.

The Bitcoin network has once again reached its highest all-time difficulty, led by the deployment of more mining equipment in the current market frenzy, where at current Bitcoin prices even second-hand machines are profitable again. 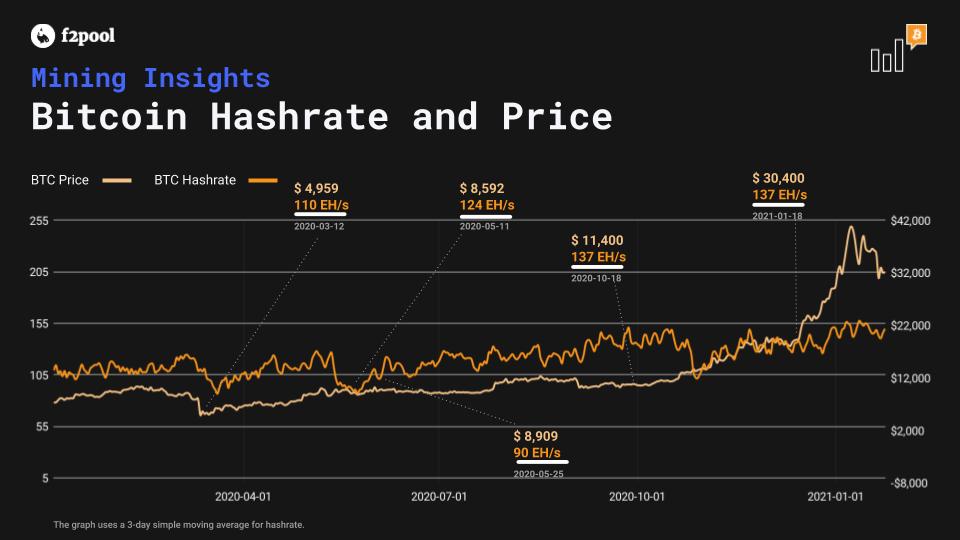 With the Ethereum price having breached its former all-time high, more and more GPUs around the world have joined the network, increasing the total network hashrate to reach the highest mining difficulty ever.

Bitcoin 0.21.0, with Schnorr signatures and Taproot, was released.

Grin completed its 4th hard fork on January 16. Grin-29 was dropped in favor of the non-ASIC-resistant Grin-32 algorithm. f2pool mined block 1,048,320, the block at which the hard fork occurred.

The Firo network is activating LLMQ chainlocks soon, which will force all wallets to be updated immediately to the latest release, v.14.4.0, for a smooth user experience.

Firo has been undergoing a 51% network attack. The issue was addressed at the 2nd community meeting of the new rebranded chain.

The team behind The OAN network will focus on a new project, Moves, focused on the gig economy. Read about the details here.

A new C# RPC client built on .netstandard2.1 has joined the Monero ecosystem.

Sia Sia will be undergoing a hard fork on February 3. There will not be any changes to the Sia mining algorithm.

Hyperledger Besu Release v20.10.4 is out. This version optimizes performance on the ETC client and includes a necessary bug fix.

The Ethereum Classic ecosystem is in the process of debating ECIP-1098, a proposal to establish a treasury system on the blockchain to provide incentives and finance client and protocol development.