Mining pools have begun signaling in favor of the Taproot activation, while Doge mania has sent Dogecoin soaring.

The network difficulty adjusted with a 12.61% decrease due to last week’s significant drop in hashrate. Therefore, all remaining miners have seen their revenues increase until the next adjustment.

This rebound has seen the recovery of all lost hashrate with more joining the network, reaching all time highs at 175 EH/s. 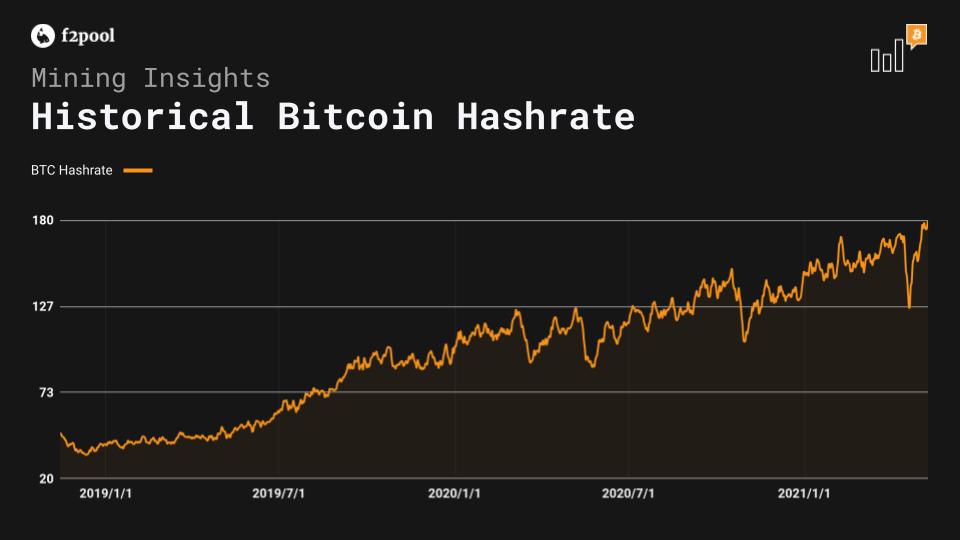 Ethereum miners increased the per block gas limit from 12.5 million to 15 million after the Berlin hard fork allowing for less congestion and better throughput. 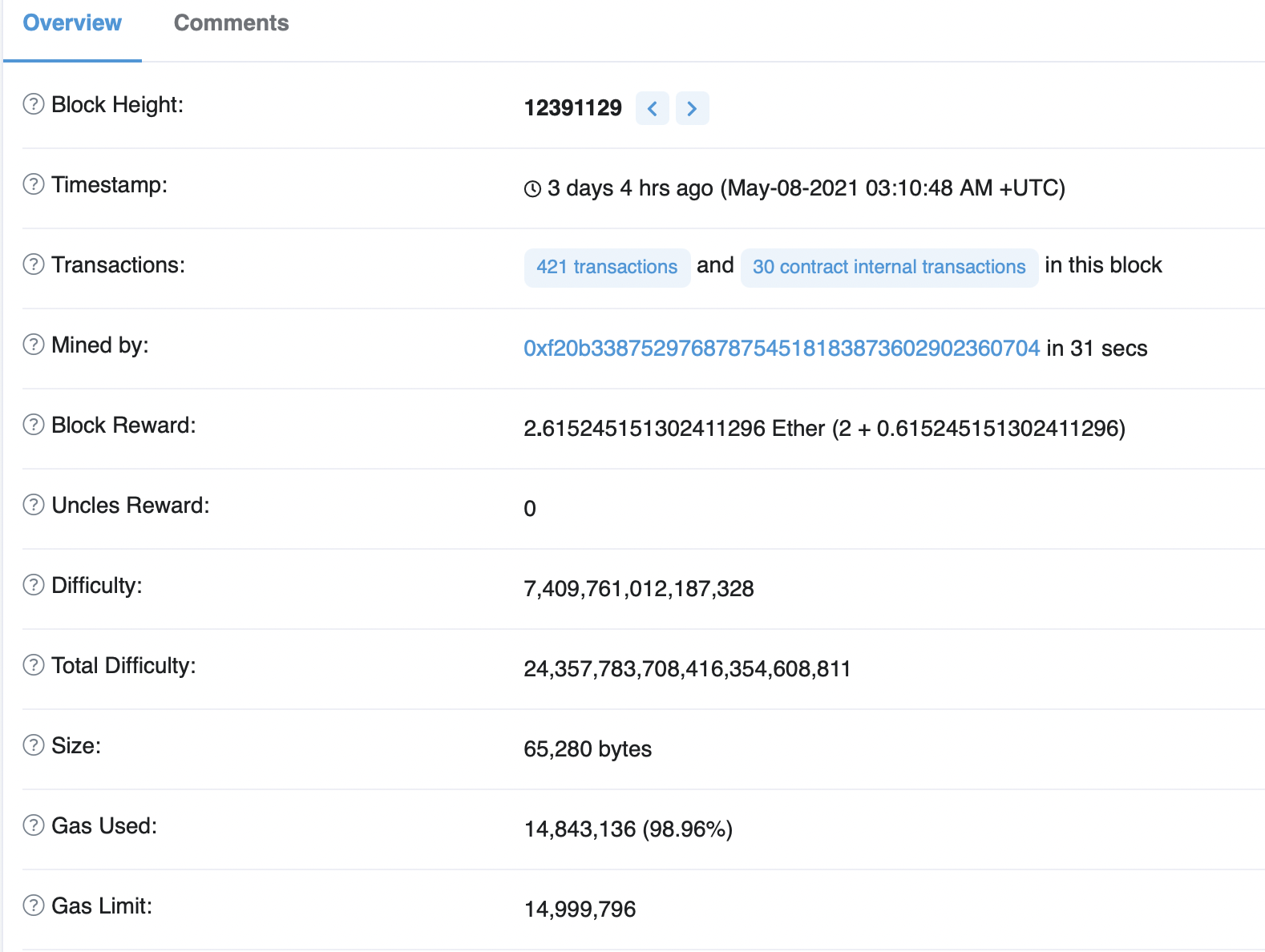 Although Dogecoin has been merge mining with Litecoin given network support concerns in the past, the recent surge in Dogecoin popularity has more than doubled its profitability for Dogecoin-Litecoin merged miners.

Could we buy in a near future Tesla cars with Doge? Much wow.

Do you want Tesla to accept Doge?

The network hashrate has seen recent growth bringing it to an all time high with 34 TH/s at its peak. This uptrend started on May 3rd after retail jumped into buying ETC, and with the increase in price, an opportunity arises for miners to move over to the ETC network for higher revenues.

#EthereumClassic network hashrate rises to an incredible ~33Th/s. This is the biggest amount of hash rate its ever held in its existence! pic.twitter.com/ZNLxrj7cei

Mining pools have begun signalling Taproot to ensure they’ll be able to run Bitcoin Core 0.21.1. By now, more than 40% of the total hashrate of the network has signaled in favor of the Taproot activation which will allow for increased privacy, lower fees, and increased flexibility with expressivity.

The third #Bitcoin mining pool to signal for Taproot activation is @f2pool_official! Well done, and thank you for supporting the community! pic.twitter.com/ulXhE1pPOT

During the last Ethereum core dev call, it was decided that the EIP3529 (getting rid of gas refunds) would be included in the London fork.

At the same time, all miners were reminded to plan conservatively for the PoW and PoS chain merge by EOY 2021.

With EIP3554, the Ethereum difficulty bomb has been delayed to take effect the first week of December 2021.

In an effort to make the Dogecoin Core wallet easier to use, Operation Such Frensly, has been announced. Core devs are looking for community feedback for more improvements. Join here to make a much WoW Wallet.

With the release of Firo v14.6.0 and the hard fork completed, Lelantus private transactions have now been re-enabled.

The upcoming hardfork has been pushed to the block height 1,280,000 to allow for further testing, and the necessary ecosystem preparation.

Namebase announced dLinks, a new decentralized profile builder that links to all your content built with Handshake and Sia Skynet.

Firo is holding a community event where anybody who anonymizes with Lelantus gets a chance to win up to 400 Firo. 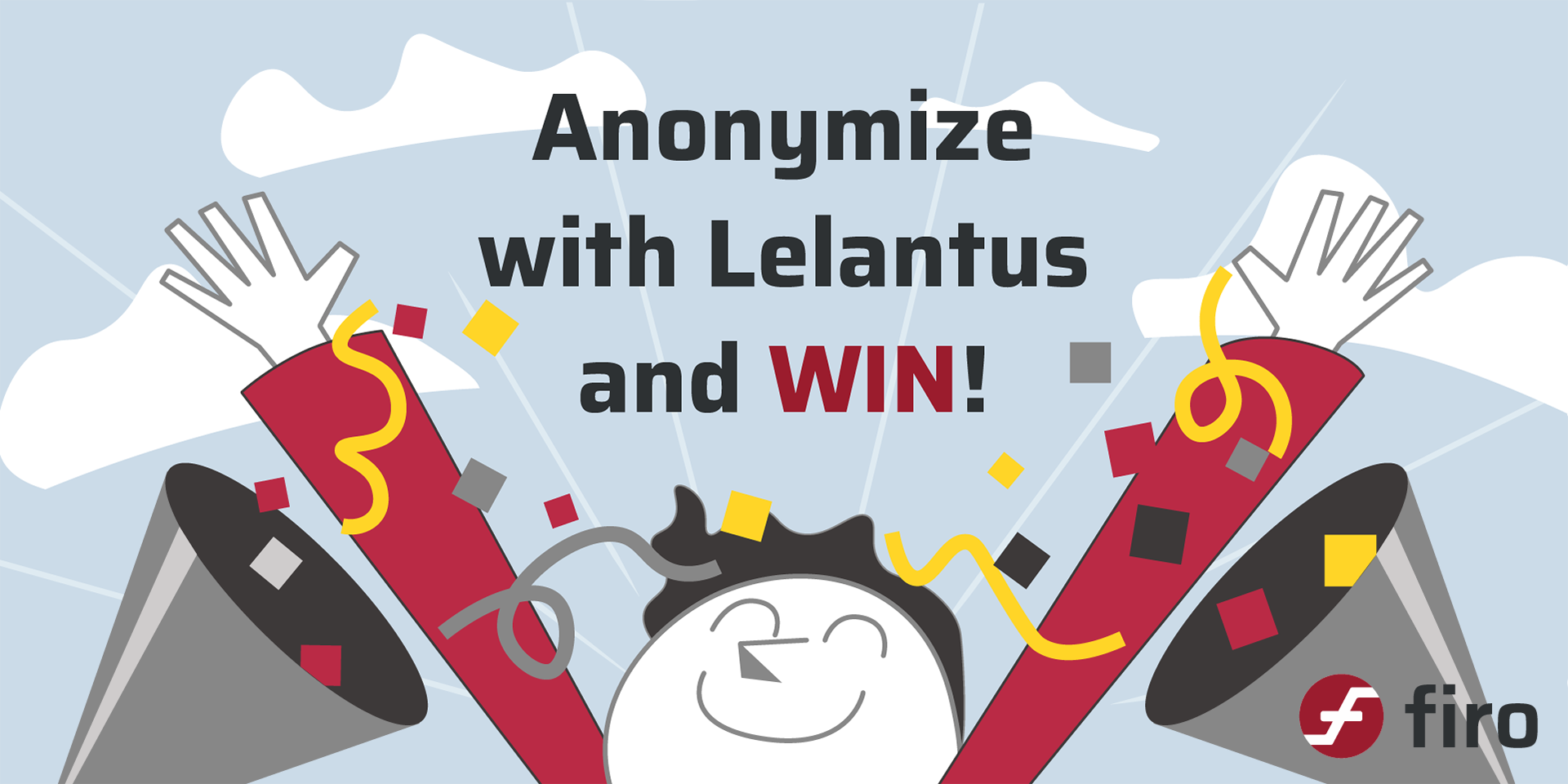 Horizen held an AMA on May 7th with its community and Swapzone discussing how to broaden blockchain horizons.