Bitcoin’s Taproot upgrade is likely to be locked in this week. Ethereum mining revenues have dropped to the lowest point of 2021. El Salvador making Bitcoin legal tender.

On May 30, the latest difficulty adjustment saw a decrease of 15.97%, the 2nd highest negative adjustment in percentage since Bitcoin’s inception. 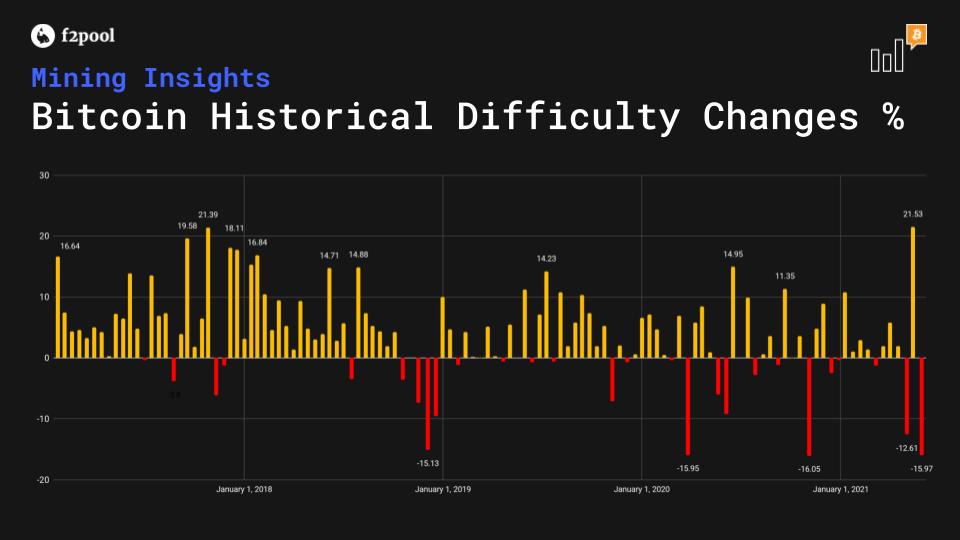 The mining industry has been having its fair share of investigation with paired action. Square and Blockstream teamed up to facilitate mining with solar energy.

With Ethereum’s recent low gas fees, mining revenues have plunged to their lowest levels in 2021, but are still 3 times higher relative to crypto winter. 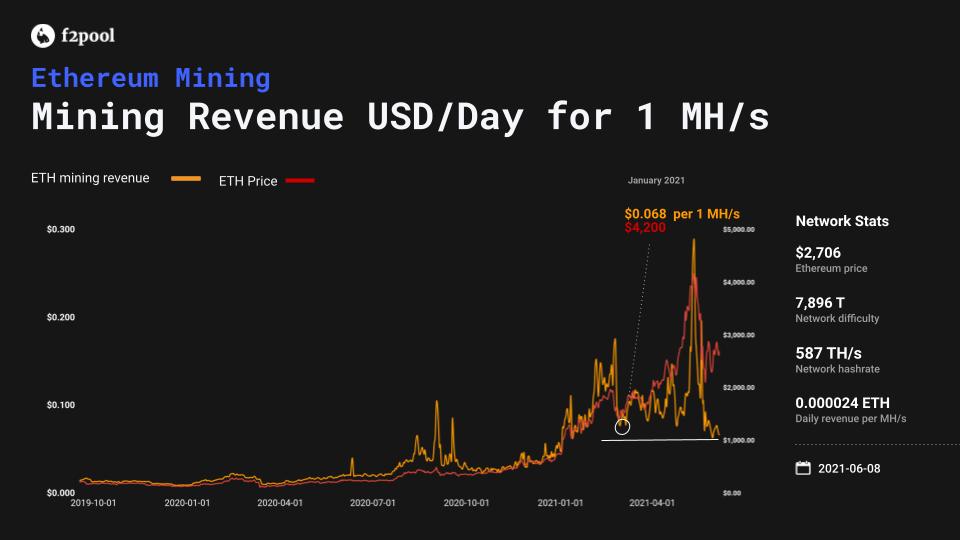 Bitcoin’s Taproot upgrade is likely to be locked in during this difficulty adjustment cycle. After lock in, it is expected to go live in October. Readiness signaled from pools is now greater than 99%. Monitor progress via taproot.watch and show your Taproot support with our eye mask avatar at taproot.fish!

Bitcoin Core v0.21 will support Tor V3 addresses and BIP155 which supports gossiping them over the network.

For the next major release we're dropping V2 support. Their usability will rapidly diminish the next few months, as they're deprecated and @torproject will soon remove support. https://t.co/XEUbSnVmCe

Litecoin dev MimbleWimble recap and update released. Check out this post to get filled in on what’s going on in Litecoin!

To check on Dogecoin Core dev progress, you may refer to this project board at GitHub and have a detailed look at what may happen in the next network upgrade.

Beam 6.0 is estimated to activate June 13 at block height 1280000. The upcoming hard fork will bring the addition of the Beam Virtual Machine (BVM) to allow for the running of smart contracts called Beam Shaders. Beam is also heading to its next step, BeamX DAO as its post introduced.

The next DigiByte v8 is looking to reduce memory usage.

Torus Labs has built an integration with social media applications to log into their wallet for the blockchain Kadena.

Our partnership with @TorusLabs will open up new channels for users to get into #crypto and use Kadena-based #dApps and applications. Entering crypto has never been so easy when you can use your social accounts! Be on the lookout for our first application integration with Torus! https://t.co/ZrUBsX70d3

The President of El Salvador announced legislation to approve Bitcoin as legal tender in an attempt to protect its citizens from inflationary US policies.

Uniswap V3 was recently deployed to Arbitrum, a famous scaling solution for Ethereum, after community demand and voting.

One of the talks at the Bitcoin 2021 Conference in Miami emphasized the transition of the Bitcoin infrastructure for mining to go green with Mike Novogratz and Charles Cascarilla.

Gitcoin governance token GTC was released to power its Gitcoin DAO. The community has voted for liquidating Vitailik’s donation of 100% of AKITA for ETH. Also Gitcoin, its Grant Round 10 Hackathon will start on June 16.