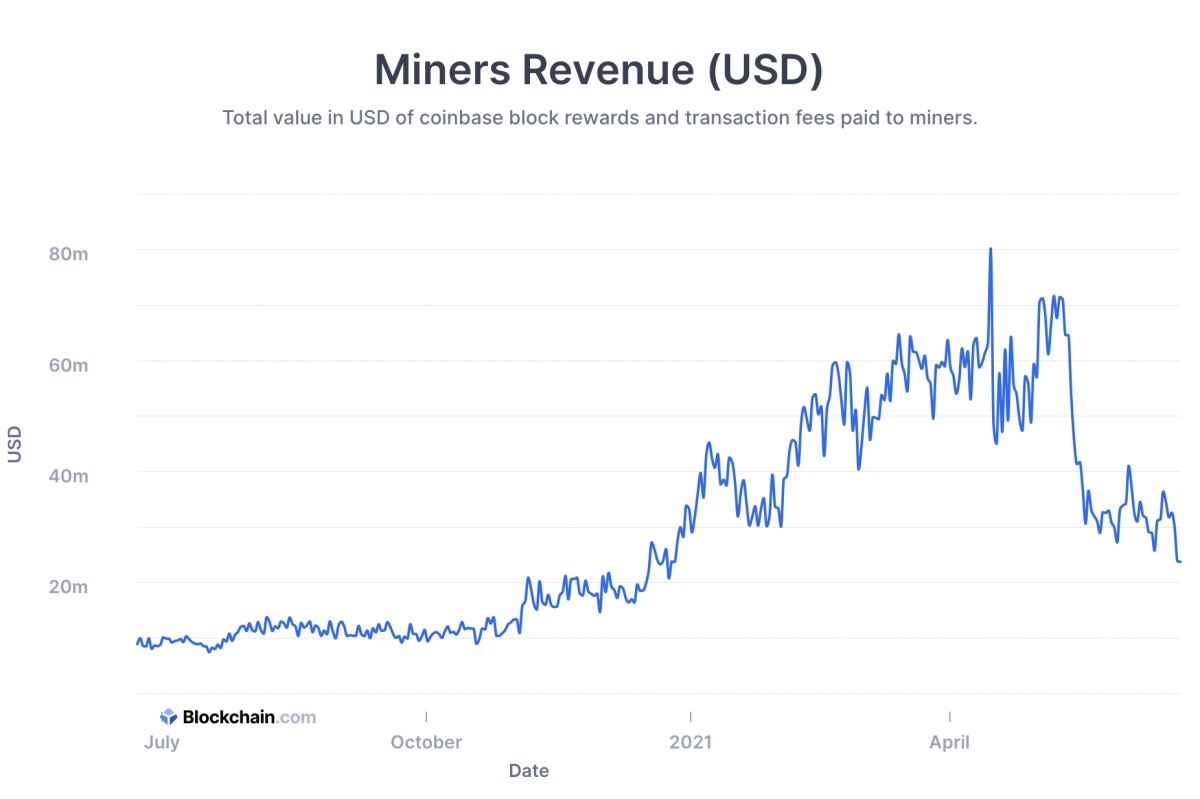 Bitfarms, a mining farm located in Québec, Canada, will start trading on the Nasdaq, June 21, 2021. It is currently powering approximately 1% of the Bitcoin network with more than 99% green hydroelectricity.

Gas prices plummet from 1000 GWEI peaks, 500 GWEI “normal” to 20 GWEI normal in days as MEV adoption gets widespread and PGAs turn off.

Bitcoin Taproot was finally locked in after 1815 blocks were signaled in this signaling period. It will be activated this coming November.

With block 687284 signalling for taproot, there are 1815 signalling blocks in the currency difficulty period.

So long, and thanks for all the fish.

Ethereum is marching on to the London hardfork! There will be five EIPs included in the London hardfork that includes EIP-1559 changing the fee market and the EIP-3554 which delays the difficulty bomb to December 2021. The testnet upgrade will first go live on Ropsten, around June 24, 2021.

Vitalik released an article explaining Verkle trees which are shaping up to be an important part of Ethereum’s upcoming scaling upgrades.

Ethereum Classic’s Magneto hardfork will happen on block height 13,189,133 which is estimated to land in about a month. The hard fork proposals are included in ECIP-1103, which contains a series of EIPs from Ethereum’s Berlin upgrade with critical security enhancements important for the network. You can monitor the hard fork via this explorer.

Dash v0.17.3 was released with a few minor bugs fixes since the first release of v0.17.x. Miners need to upgrade before the hard fork and will begin signaling starting on July 1 with the earliest activation date being around July 15.

Firo launches Receiver Address Privacy (RAP) addresses on mainnet to provide on-chain recipient privacy. Transaction privacy will now be available which hides how many payments you have received and which transactions are yours even if someone has your RAP address.

The Optimism scaling solution has continued to receive more adoption. ConsenSys announced support for Optimistic Ethereum. Infura, Truffle, and MetaMask will release a suite of developer tools to support dapps deploying on it.

Ashvini, the long-anticipated Raiden Light Client was released on Ethereum mainnet. It provides users with convenient and easy ways to interact with the Raiden Network without having to run a full node. This will remove some load on the Ethereum mainnet and lower transaction costs. Read more about the functions here.

Nervos has deployed a new version of their sUDT and anyone-can-pay (acp) lock contracts on the Nervos CKB mainnet. The contracts were audited by Trail of Bits and the full auditing report can be found here.

Horizen Labs and Grayscale have a zoom webinar for a deeper dive into Horizen’s technology. Playback is now available to view.