Bitcoin network difficulty experienced the largest drop ever with a 27.94% decrease or 5.8 T on July 3rd. As a result, the average block time during that period increased from 10 min per block to close to 14 min.

The difficulty decrease was produced by a sudden drop in hashrate from around 100 EH to 58 EH, but it recovered swiftly back to 94 EH. Despite this sudden drop, the average hashrate during the last 2 weeks remained 102.78 EH/s. 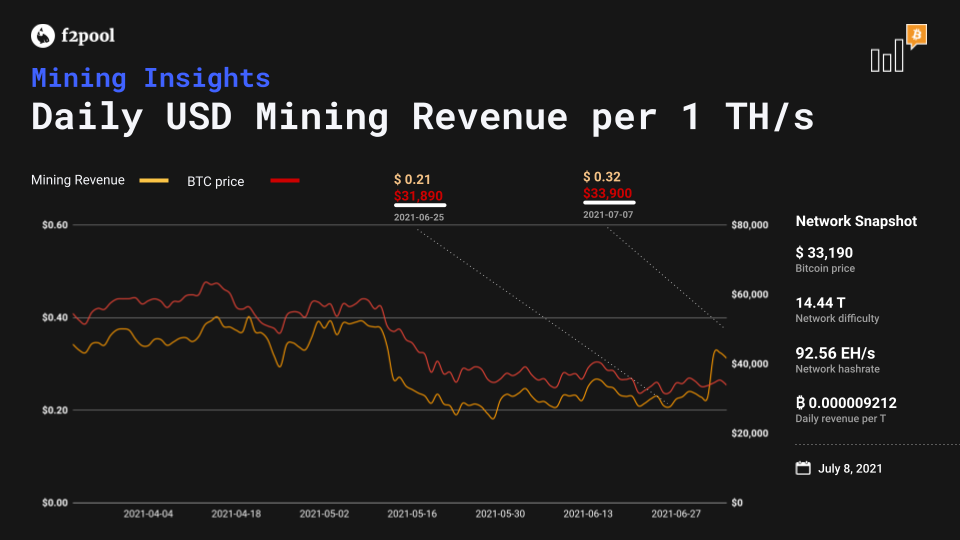 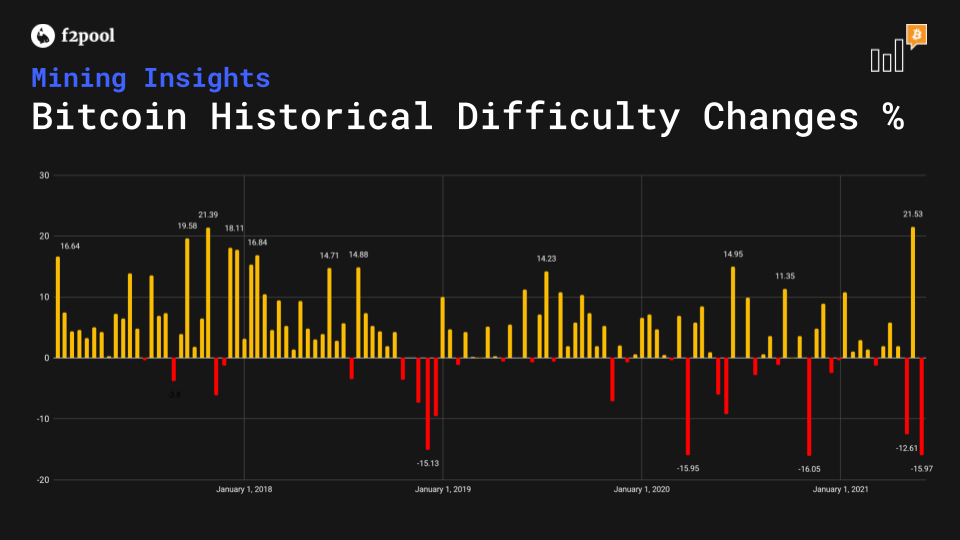 As seen in the above chart, bitcoin’s profitability after the adjustment is $$0.32 per TH/s—50% higher than the last cycle.

With the Rinkeby testnet activated on July 7, all three testnets: Ropsten, Goerli and Rinkeby, have been live for the Ethereum London hardfork. To see how the BASEFEE was burned on testnet, you can view http://goerli.watchtheburn.com. Total fees burned can also be viewed on Etherscan.

London hardfork mainnet activation is expected on block 12965000, estimated to be mined on August 4. The block selected has been proposed after the recent ACD, and has been merged. Clients are planned to release in a week for node upgrade.

Ethereum core devs have proposed block 12,965,000 for London upgrade on Mainnet. It is expected around August 4th.https://t.co/EgHKhrabBzhttps://t.co/5ec2o7OKiD

The Litecoin MimbleWimble June recap update is out. You can check estimated times for the MimbleWimble activation on http://wenmweb.com/.

COMIT shares recently updated their XMR<>BTC Atomic Swap tool, mentioning features coming with atomic swaps and a glimpse of what is to come.

Dogecoin is calling for comments from the community on the fee reduction proposal. This proposal suggests reducing average fees 100x for standard transactions on the Dogecoin chain, splitting full control over all aspects of fees between miners and node operators, and other measures that aim to incentivize keeping the network healthy.

The Dogecoin fee change proposal is up! https://t.co/nYRahWVJoY

The BeamX introduction post is out. It’s a comprehensive article to introduce the BEAMX DAO, how tokens are distributed, and the whole picture of the privacy-by-default and maximum confidentiality DeFi ecosystem.

ProjectDWeb. The DWeb foundation has announced 8 projects accepted into the incubator’s first cohort. Each of the projects are leveraging Handshake for their myriad applications.

USD Coin (USDC) will be issued on Nervos in the coming months. According to the Centre’s Announcement, USDC will be on ten new blockchain platforms.

ETHGlobal hosted an MEV virtual summit. Learn about the evolution and application of MEV in detail from the video.