After some multiple difficulty decreases, the Bitcoin network has a positive increase. The EIP3675 draft has been merged to move Ethereum to PoS.

The latest bitcoin network difficulty adjustment happened on July 31. After 4 drops in a row in the last 2 months, it climbed by 6.03% to 14.5 T, based on an average block time of 9 mins 26 secs. 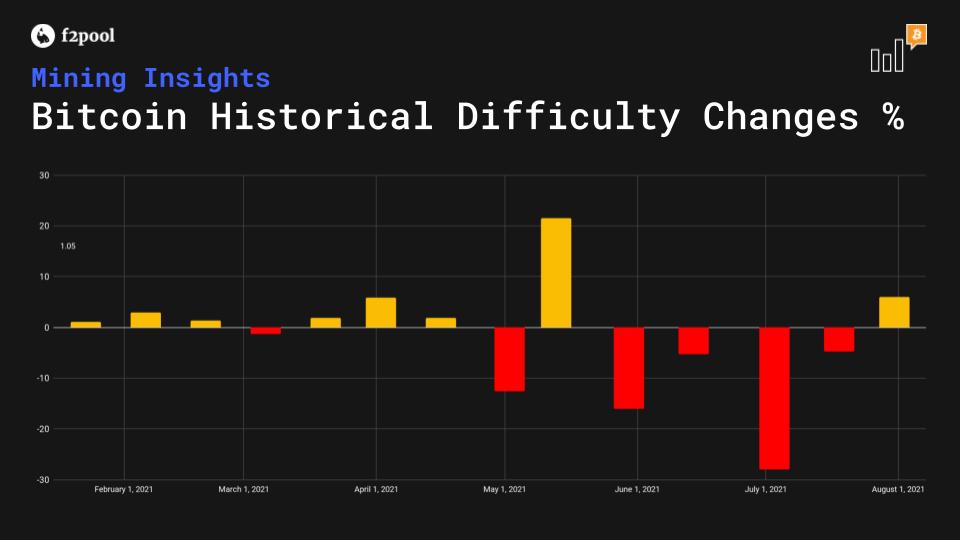 Miners of the Ethereum network have seen their mining revenues increase after ETH soaring.

Firo’s v0.14.7.1, the new maintenance version, was released with bug fixes. Its Lelantus proof verification and proving are about to get much faster with multi-core optimizations, click to read more.

A successful sync with send & receive of Digibyte’s v8.22.0 test client has been completed. This is a complete merge of the latest Bitcoin v22 with DGB 7.17.3. Check here to keep updated.

Lightning node capacity exceeds 2100 Bitcoin increasing 28% in 30 days. The number of channels is now more than 61000 seeing a significant increase of 17.4%.

Dash has launched an instant savings retail app that will allow users to save and spend DASH across 155,000 locations in the United States.

You've grown up so fast.

Best is yet to come.

AllCoreDevs 005 was held to talk about London and the Merge. Details here.

A crypto conference and a sci-fi miniseries proposal were published in the Decred community. Check Decred’s latest Politeia Digest to take a look at its recent proposals.