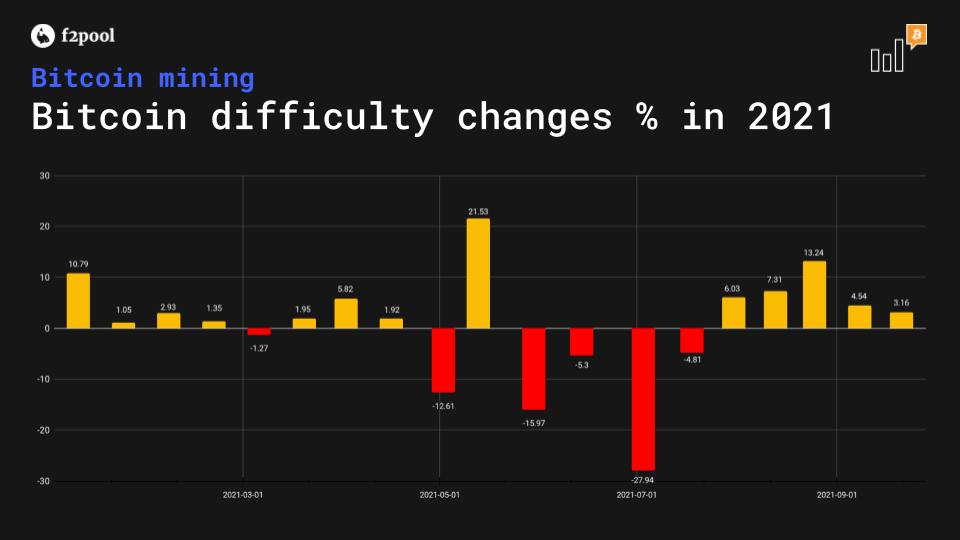 The bitcoin network just witnessed a +3.16% difficulty change, the fifth consecutive increase in difficulty this year, resulting from the continuous recovery in hashrate over the recent months.

Due to factors including difficulty gain and a price drop, the profitability of bitcoin mining decreased to a level of $0.28 from $0.33 per TH/s. 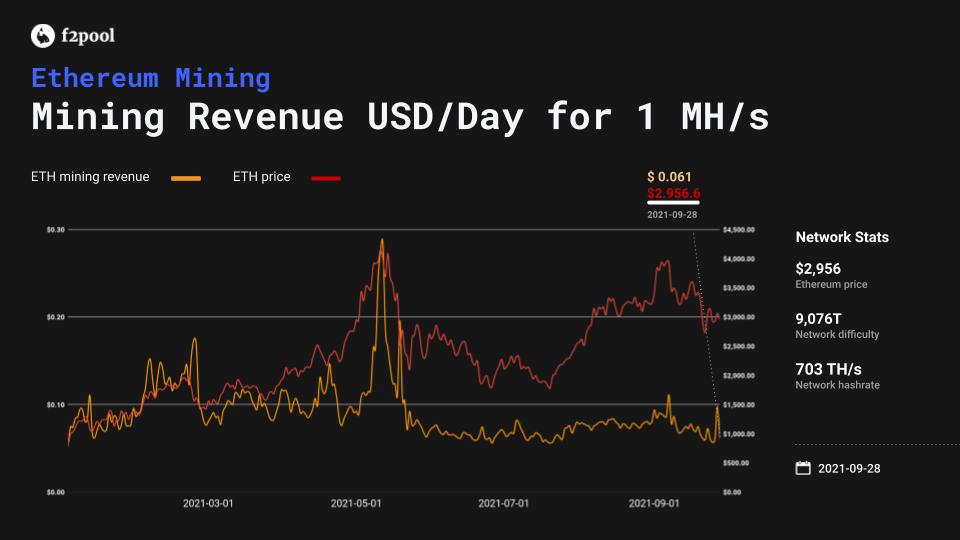 At the Ethereum Core Devs Meeting #122 on September 17, several issues were discussed including the Merge and the “December Fork Planning”.

According to Tim Beiko’s update after the call, the next upgrade in December should only contain the difficulty bomb delay. Tim also proposes creating a specification outlining the details of this upgrade under the “Arrow Glacier” name. More about specific timelines and discussions can be found here.

Horizen is calling for the community’s attention about a mandatory update to version 2.0.24. As a result, all exchanges, mining pools, node operators, and full node wallet users must upgrade to ZEN 2.0.24 prior to block #1027500. The release is outlined as being available for download soon.

This release is mandatory for all exchanges, mining pools, node operators, and full node wallet users.

Ross Nicoll posted a roundup of the code reviews in progress for versions 1.14.5 and 1.21.0. Smart fees on Dogecoin similar blockchains are also discussed on his twitch stream.

Ergo protocol reference client 4.0.14 released with multiple pull requests merged. To know more about what’s going on behind the screens, you may check out their latest dev update.

Firo announced a partnership with Panther Protocol for privacy research. The project will be supported as zAsset by Panther. With their partnership, they hope to continue developing new technologies and investing in new ways of deploying zero-knowledge proof systems.

Twitter now supports tipping using bitcoin to everyone on the social network as Jack Dorsey shared the other day. The bitcoin lightning tech behind it is powered by Strike, a lightning payment project led by Jack Mallers. Twitter also shared that it’s working on NFT integrations as well.

Starting today, we’re rolling out Tips to everyone on iOS globally and bringing it to people on Android in the coming weeks. 🧵 https://t.co/GXKPSIpWYT

dYdX is a DEX running on Ethereum, and on September 27, surpassed Coinbase in terms of trading volume for the first time since it launched in 2017. It has reached $526M of TVL with a 27% increase just in the past 7 days according to L2Beats.

For more news about Layer2, DAI is live on Arbitrum. This means that users are now able to trade, lend, provide liquidity, and yield farm with DAI on Arbitrum One.

AMC, the world’s largest movie theater chain, may be looking to add Dogecoin support for movie ticket purchases. Adam Aron, CEO of AMC, released a poll to hear people’s opinions towards supporting a Dogecoin payment option. The poll gained huge popularity. The company announced in August that it would start accepting bitcoin by the end of this year.

I sincerely want to hear your opinion, via this Twitter Poll. By year-end 2021, AMC will take Bitcoin, Etherum, Litecoin and Bitcoin Cash for online payments. I hear from many on my Twitter feed we should accept Dogecoin too. Do you think AMC should explore accepting Dogecoin?

Hathor is now available on Ledger. This post covers a walkthrough on storing and securing your HTR with the Ledger Nano X or S.

The first testnet release of GoDCR, a cross-platform desktop SPV wallet for Decred, is available for download. Proposal about GoDCR’s next step and the mobile wallet is also under discussion.

Meanwhile, Decred’s proposal system was updated with many new features shipped. A Twitter thread introduced the highlights and linked to its release notes.

Xaya teams up with GeekyAnts for Soccer Manager Elite, a sport management game built in Flutter, an open-source Google UI toolkit. Xaya provides blockchain tech and presents the game as a fully decentralized one.

Vitalik shared his latest article about limitations and improvements of governance based on cryptography and blockchain, responding to Nathan Schneider’s article, describing his perspectives on crypto-economics.

Firo’s latest dev update is out. FiroPoW is on testnet and is ready for deployment. It is supposed to be released on the mainnet with InstantSend simultaneously. Both Nvidia and AMD cards will be available for mining it. Details are included in this post.

Firofam, we are pleased to share the latest development updates from Firo!