Bitcoin is erupting around the world including at the volcanoes of El Salvador as we learn in new conferences this week. Updates to get people ready for the Ethereum upgrade in December, and more. 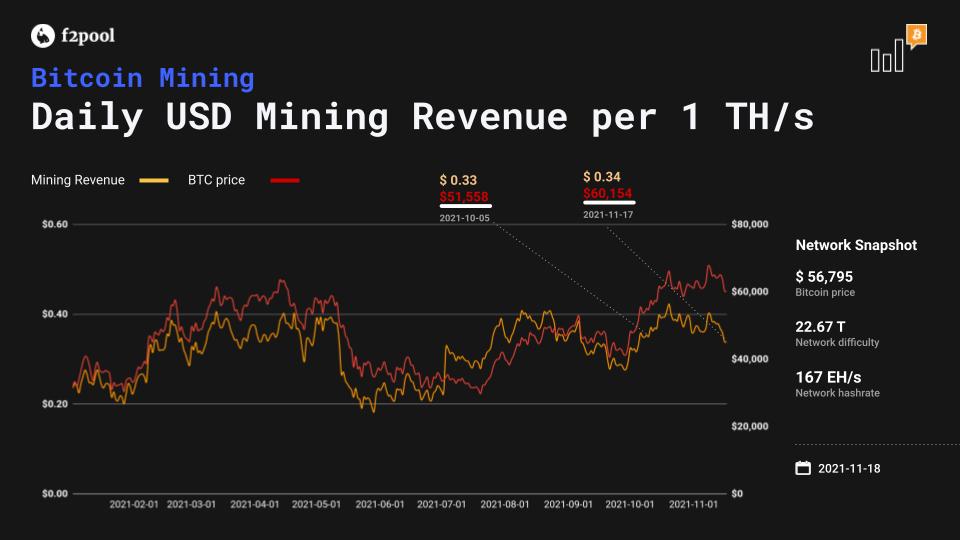 Bitcoin’s latest difficulty adjustment occurred on November 14, with an increase of +4.69%. This is the 9th consecutive positive gain since the end of July.

With increasing hashrate competition and price corrections, the unit mining revenue is back to $0.34, similar to where it was about 40 days ago when the price was $51,558. 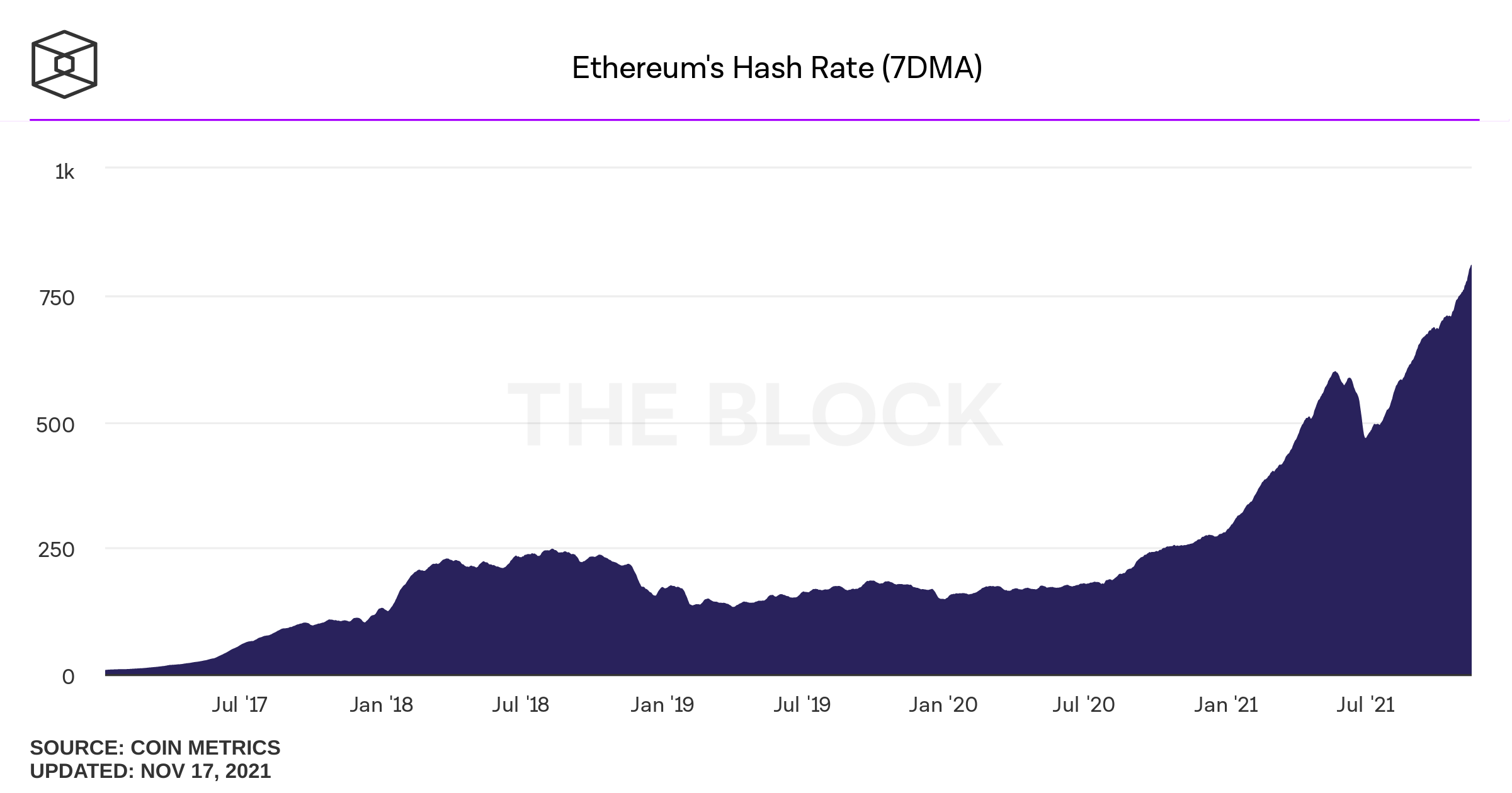 Congratulations on Bitcoin’s long-awaited Taproot activation on block height 709632. Learn the major changes it brings with this post on Bitcoin Magazine.

The Arrow Glacier Upgrade Announcement was posted to summarize what to note about the upcoming Ethereum upgrade in December. You can find the clients and FAQs in the post.

The upgrade will go live on block 13,773,000, around December 8th. Only change is pushing back the difficulty bomb... hopefully for the last time 🤞🏻

​​The Ethereum Core Devs Meeting #126 was held last week, with the merge devnets, details about the chain switch, and more topics summarized in this thread.

Trent Vanepps, ecosystem person at Ethereum reminded miners about the transition from PoW to PoS. ​​He estimated that Ethereum’s PoW would end in 3 to 6 months.

we do a little releasing.https://t.co/aDSGvv52vi

ZEN 3.0.1 is available for a mandatory update. With this release, Horizon is introducing sidechain support to the zen node network. The Zendoo hard fork is already active on the testnet and will activate on the mainnet on December 1st, 2021 at block height 1047600.

Hathor network started counting down for its next halving in around 50 days. The block reward will be adjusted to 16 HTR on block height 2,102,400, estimated on January 5, 2022.

Dash Platform v.021 on testnet was announced with redefined error handling, improvements to cryptographic proofs, and other technical improvements.

A new webpage with resources for devs building on Handshake at theshake.xyz/build.

The week had people discuss using bitcoin in the first country adopting bitcoin as a legal tender, visiting bitcoin facilities, and setting up Bitcoin satellite stations near the volcano bitcoin mine.

Today I setup a #BlockstreamSatellite Base Station at the @LaGeoSV Berlin geothermal plant, where the Volcano #Bitcoin Mine is located. The facility is now connected to our satellite network & receiving Bitcoin blocks from geosynchronous orbit. #Bitcoin + 🌋 + 🛰 ! pic.twitter.com/rVKLGy84PO

Decred’s October Journal was released, covering Politeia’s 3 years of service and development progress, ecosystem updates, and so on.

The Firo core team released a post reviewing what they have been working on, welcoming comments and ideas.