Mining revenue has been dropping sharply following the market crash. The price of BTC once went down below $30,000, while another difficult adjustment happened with a +4.89% growth. The unit revenue reached $0.12 per TH/s, which is the same level as that around 16 months ago. 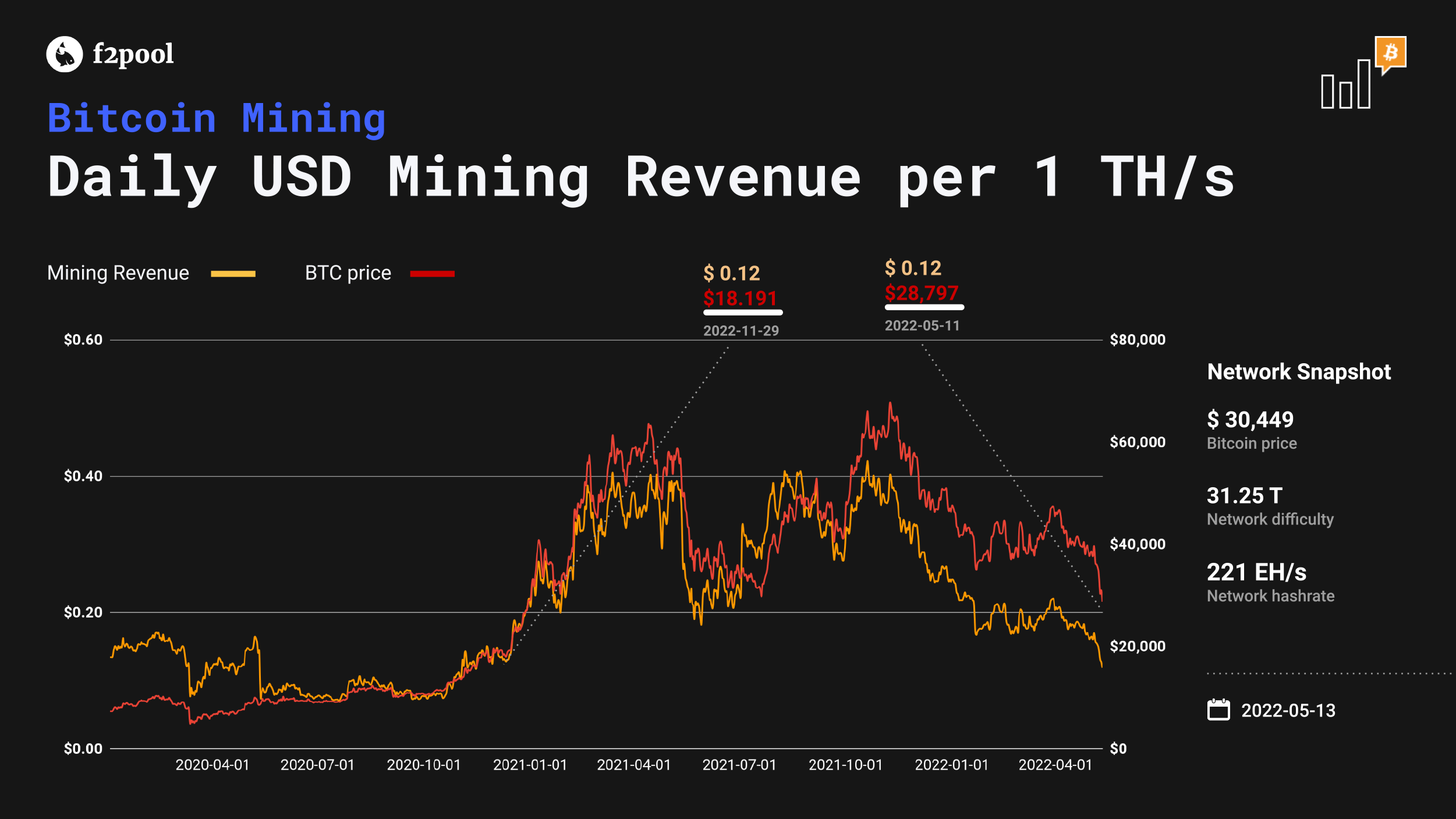 The network hashrate keeps a climbing trend as new miners have been continuously shipped over time. The combination of factors also causes S9 and other old generation machines of similar levels to hit their breakeven prices. Generally, the main models are still bringing significant profits though the margin has been narrowed, as shown in the following chart. Please view our Popular Miners page to learn about the latest breakeven prices of other machines. 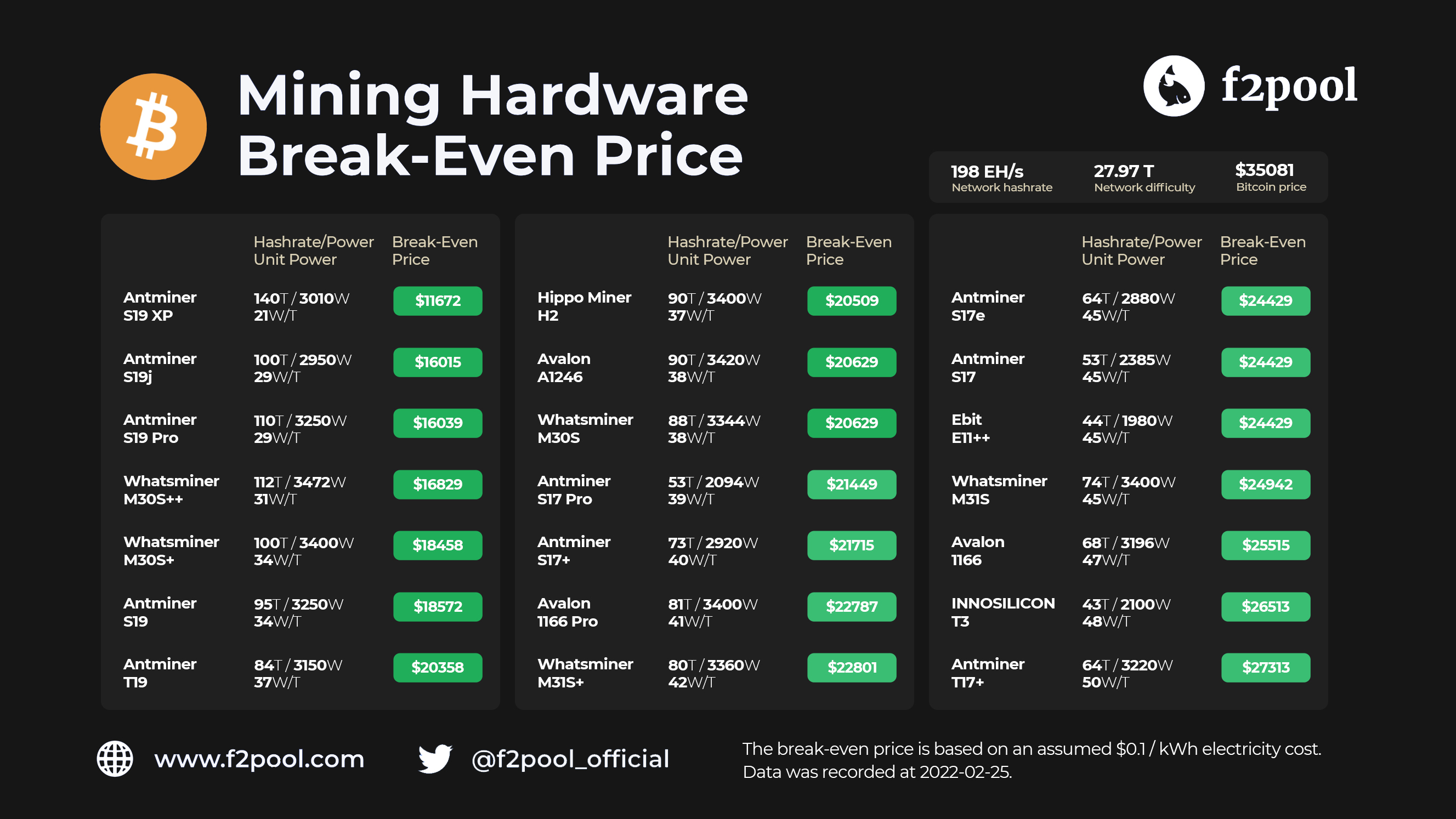 Despite getting rewards from the minings of several high fee blocks, the Ethereum miners also suffered from the fall in the market. The unit revenue has dropped to $0.03 per 1 MH/s, compared to $0.04 two weeks ago.

The difficulty bomb will also play a factor to affect mining activities gradually. To learn more, you may check this link which analyzes blocks per week as an indicator of the difficulty bomb.

To learn more about the mining field, we recommend you to read our Mining Weekly News.

Tim Beiko shared his latest post, updating the progress of the Merge preparation. Currently, well-done maintenance shadow forks, merge tests on clients, and smooth deployments across testnets are the aspects waiting for completion. Currently, the mainnet shadow-fork-4 has been completed with satisfactory results.

Entirely focused on The Merge, I walk through what we're expecting across shadow forks, testing efforts, and testnet deployment...

... in other words, everything we need to do before we're ready for mainnet!

After the completion of signaling, Litecoin 0.21.2 has been released with MWEB and Taproot being included.

The newest version of Litecoin Core v0.21.2 is now available! ⚡

The development roundup for Dogecoin core was released last week. Check this link for the enhancements and feature updates of Dogecoin.

Decred’s recent voting for several proposals has been completed. According to the voting results, the PoW portion of DRC rewards has been decreased from the block height 657,280 on 2022-05-08.

Decred v1.7.2 has been released, which allows Decrediton (GUI) users to approve or deny Decred treasury transactions on the governance page.

The Nervos network has completed its recent major protocol upgrade, and now the stage of “Mirana” has arrived.

Two new Bitcoin ETFs were launched this week in Australia, including a spot Bitcoin fund directly acquiring Bitcoin and a de-facto fund of funds.

On Ethereum Name Service, a protocol powering decentralized domain names, over one million ENS name has been created.

Decred Mobile Wallet v1.7.0 has been released for iOS and Android.

ETH Global is going to launch ETHNYC in June to build the ecosystem. It is open for applications now.

Miss out on Amsterdam?

Join us June 24th-26th for an event two years in the making—#ETHNYC! 🗽

Get ready for a weekend of food, fun times, & hacking the future of Web3 in one of the most influential cities in the world. Plus, win over $300k+ in prizes. https://t.co/0MiCarFqjg pic.twitter.com/ZR1ink48ar

Hathor Snapshot 8 has been released, which includes updates on product, network, ecosystem, and more.

​​The DigiByte April update has been released, updating its progress on the community.

Kadena’s April report has been released, summarizing their achievements and roadmap progress.