Mining revenues, and network upgrades in the PoW world. 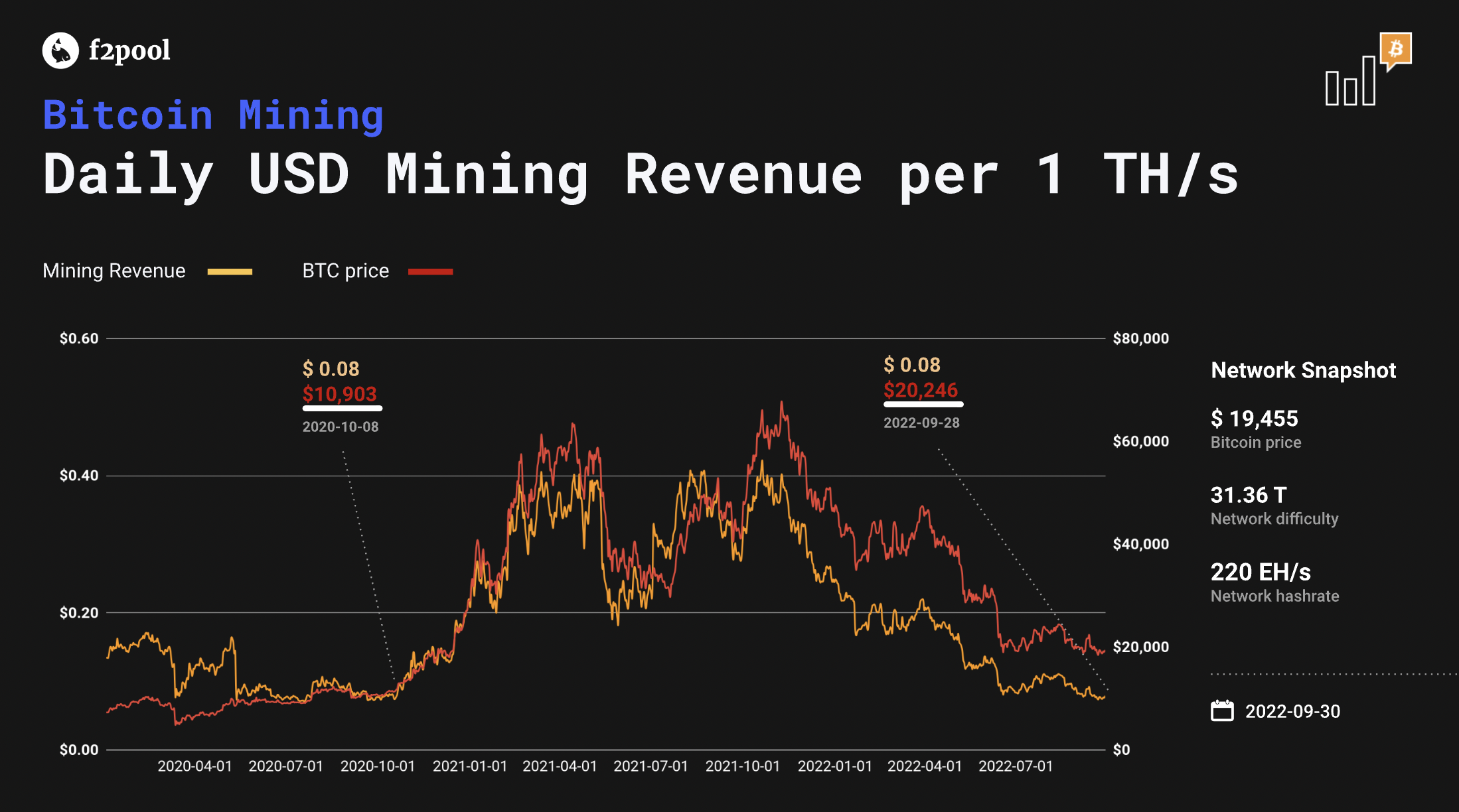 The Bitcoin mining competition got less intense as the network difficulty dropped by 2.14% on 2022-09-28. The average hashrate over the past 2 weeks was around 224 EH/s.

However, as the prices also decreased, the unit revenue in fiat hasn’t seen an increase. It is staying at $0.08 per 1 TH/s over the past 2 weeks. 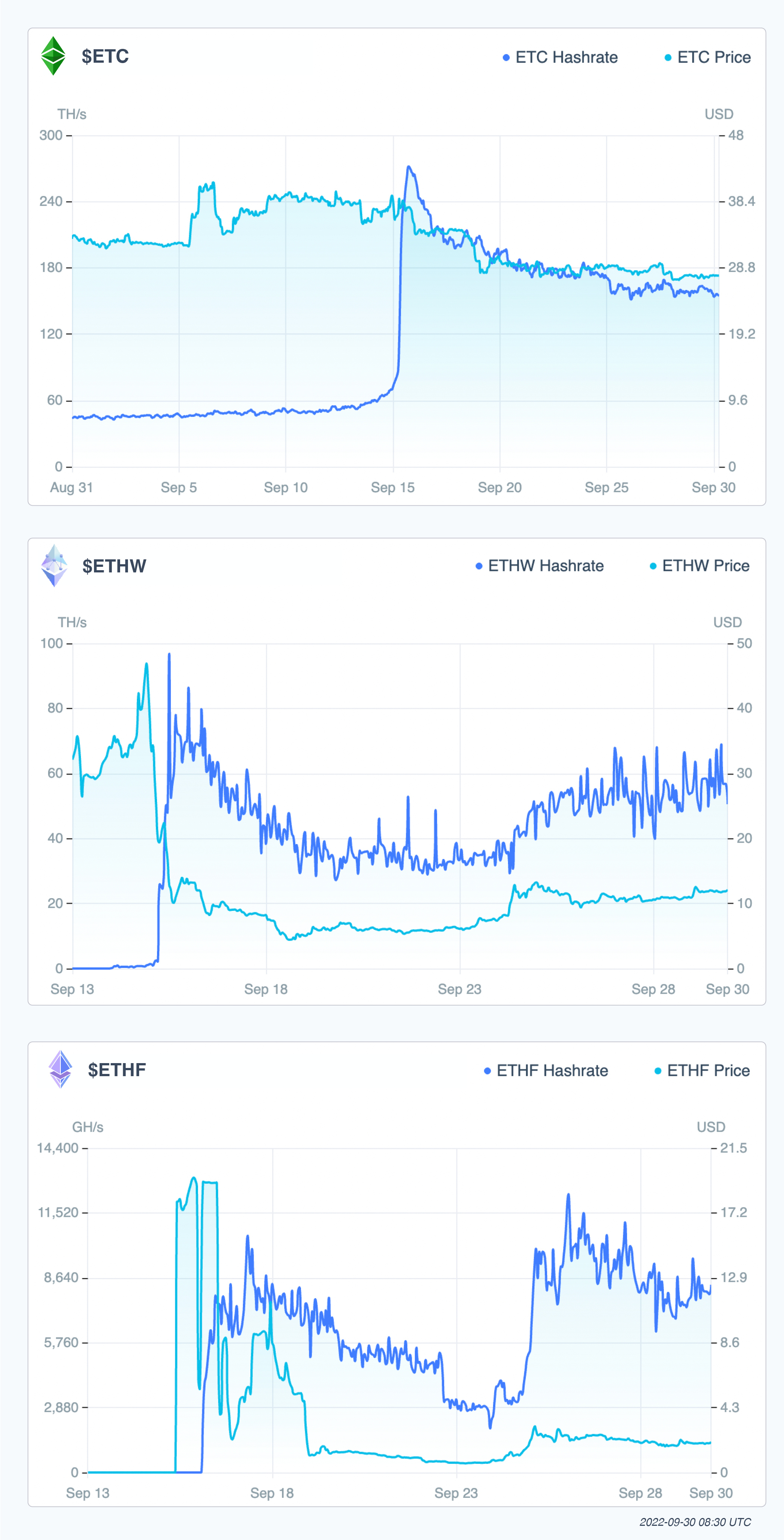 For ETC, ETHW, and ETHF, their unit mining revenues are basically the same, and are now stabilized at around $0.0029 to $0.0030 per 1 MH/s. Mainstream GPUs can now produce positive revenues on those networks. The hashrate scales of those networks fluctuate, but generally stay lower than the day of Ethereum Merge, when ETH hashrate floods into those coins. 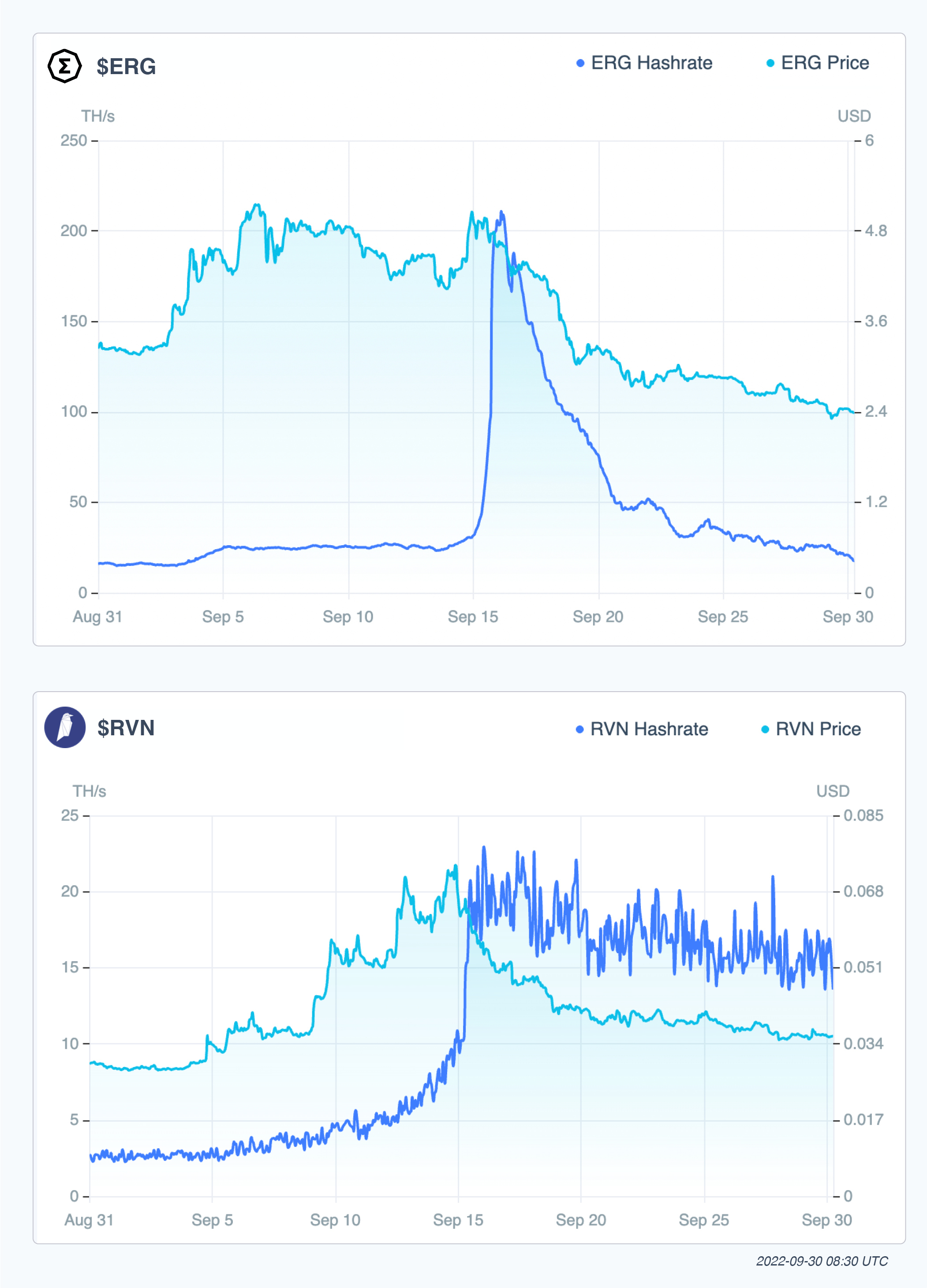 Ergo hashrate scale goes back to the level before the Ethereum Merge, at 20 TH/s, and the general GPUs can now make a profit as they used to. While Ravencoin retains the new hashrate inflow, at 16 TH/s.

This version allows voting for EIP-37 activation even if the first block in a voting epoch is not proposing it. It is also auto-voting for EIP-37.https://t.co/dqttkZroVy

Dash team has run a two-week hackathon in Tbilisi, Georgia, working at our highest level of efficiency to solve problems and leverage synchronous work. The goal is about same block execution, and at the moment, the first pre-release of same-block execution for integration is already done.

Verge has completed its latest halving on block number 6200001, and its rewards have reduced from 25 to 12.5 Verge. Click here for the countdown of the next VXG halving.

There are several macroeconomic news that came out this week. The Bank of England launched a £65bn move to calm markets, and Germany’s inflation rate hit a 70-year high. If you are considering a store of value and against money printing, do consider Bitcoin.

seems like this headline belongs in the #bitcoin blockchain for posterity, the next fiat crisis, 2008 genesis block quote re-run "The Times 03/Jan/2009 Chancellor on brink of second bailout for banks." pic.twitter.com/QRypW9wRrI

we believe with #bitcoin as the payment standard, the financial system will be cheaper, faster, more innovative, and more inclusive

we're incredibly grateful for the support from @Ten31vc, our investors, and this community

ETC Cooperative has announced Gnosis Safe for Ethereum Classic. They are working on a full Gnosis Safe instance for ETC, and the Mordor testnet is live and ready for use.

Bitcoin Amsterdam will be hosting from October 12 to14, click here for tickets.

Grants are available to attend the Dogecoin hackathon for the devs Hackathon in Australia.