Bitcoin miners were previously affected by the winter storms and turned off. In the last difficulty cycle though, hashrate recovered from it and hit a new record on the scale.

In this new 2-week cycle, if the price goes above $23,000, machines with an efficiency of 40W/T and more can earn profits. And if the price climbs to $25,000, we can see more mainstream BTC ASICs back online. It is possible to see another gain, thus a new ATH may occur two weeks later. 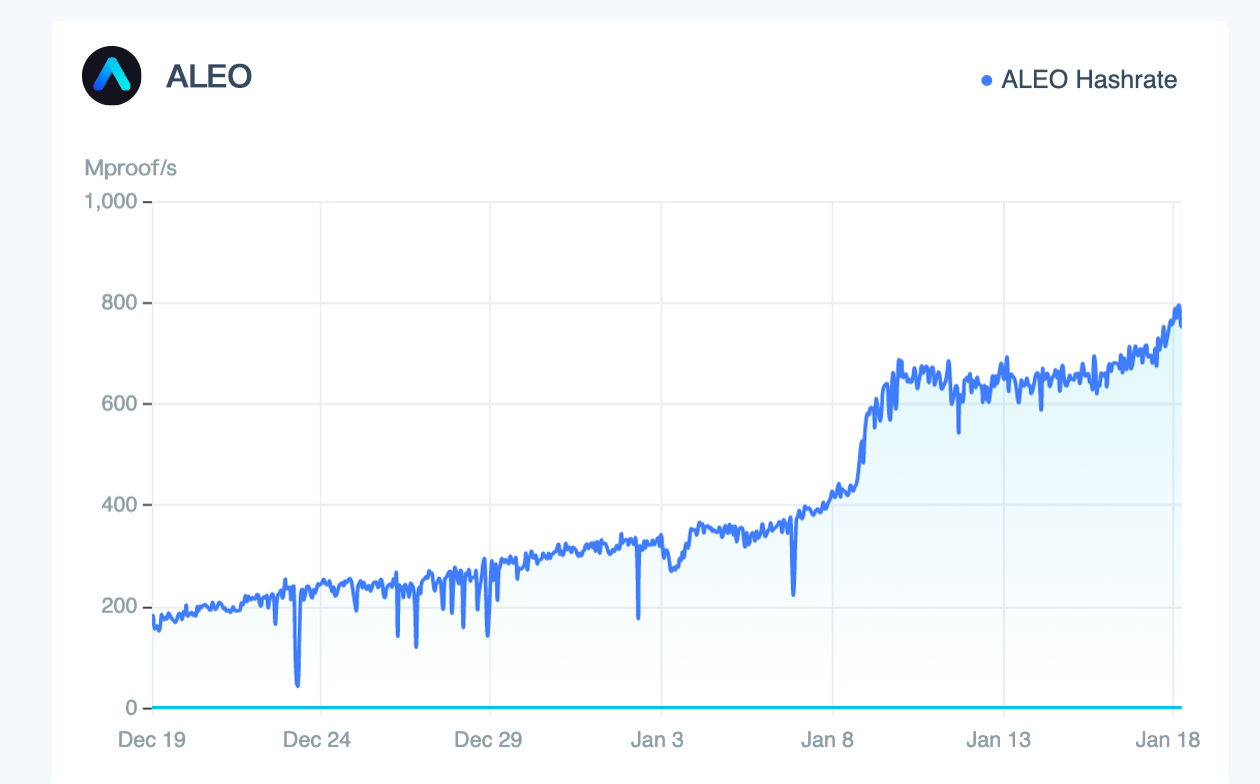 Aleo testnet 3 has seen the hashrate doubling over the past 10 days. At the time of writing, there have been 2.75 million credits generated, i.e. 37% of the total incentives mined.

Following Ergo’s emission schedule, its block rewards have been reduced by 3 ERG and are now 42 ERG per block.

The ETC Cooperative is changing the RPC URL for the Ethereum Classic mainnet from Ethercluster to Rivet. The Ethercluster RPC endpoint will be discontinued on 2023-07-01.

Handshake has released HNSD V2.0.0, the major changes include the addition of Hesiod API, and checkpoint sync.

Changes to the Handshake SPV name resolver include checkpoints for full syncing in seconds and Hesiod API to get metadata via DNS requests.https://t.co/xX4jdTgWOX

Horizen EON is going live soon on their invite-only Dune testnet. Horizen EON will be the first public EVM-compatible sidechain and smart contract platform on Horizen.

📣 Calling #Solidity devs! Our #EVM sidechain is going to invite-only testnet soon with bounties and incentives. HDE members will get a chance to get their invite if they are signed up before the launch.

Head over today to learn and sign up. https://t.co/H4MkoTdRNZ

Jack Dorsey’s Block shared that a Bitcoin hardware wallet will be launched later this year.

The concept and progress were first shared in the year 2021 for exploring Bitcoin self-custody. The wallet comprises a mobile app, a hardware device, and recovery tools, and is protected with 3 keys. Here is a post introducing how the wallet works.

Here is a prototype 👀 pic.twitter.com/U9fRmn5Cr3

Kadena shared an introductory guide to the new decentralized process of Kadena Namespaces, it is now allowing users to create namespace names derived from their chosen means of governance.

The community celebrated the 14th anniversary of Bitcoin’s genesis block. Satoshi Nakamoto mined the first Bitcoin block with the message: “The Times 03/Jan/2009 Chancellor on brink of second bailout for banks.”

👷‍♂️Happy to grow with all the miners on this unstoppable Proof-of-Work journey! pic.twitter.com/fK32b8jNve

The CKB Community Fund DAO has been announced. It is funded by an initial pool of 276 million CKB, to support community members in building and exploring the CKB ecosystem.

All governed through users' CKB locked in the Nervos DAO